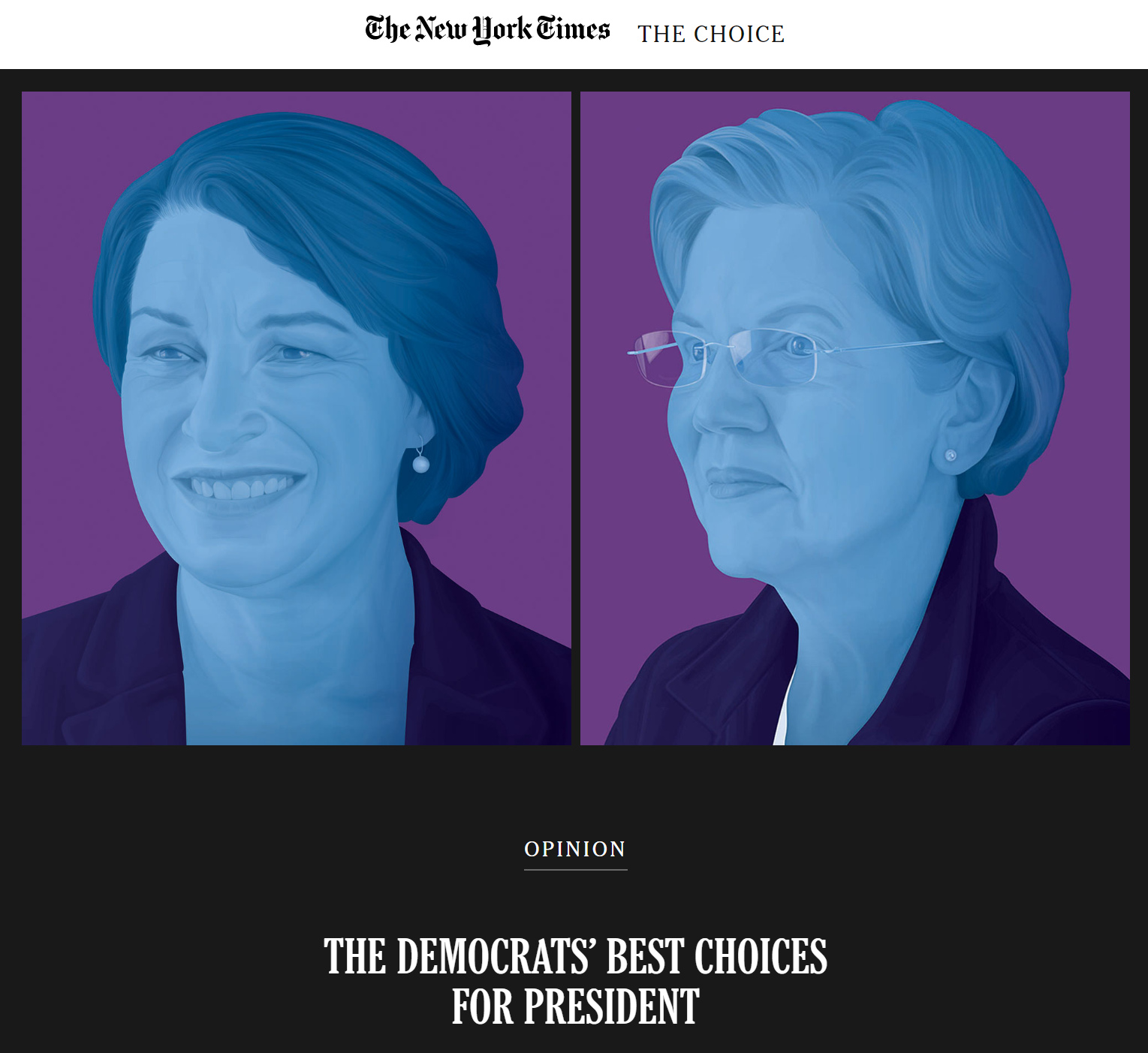 This is not a spoof – this was actually the New York Times’ editorial last Sunday:

Senator Warren is a gifted storyteller.…

The Middle East is more unstable at this moment than at any other time in the past decade, with a nuclear arms race looking more when than if. Basket-case governments in several nations south of the Rio Grande have sent a historic flood of migrants to our southern border. 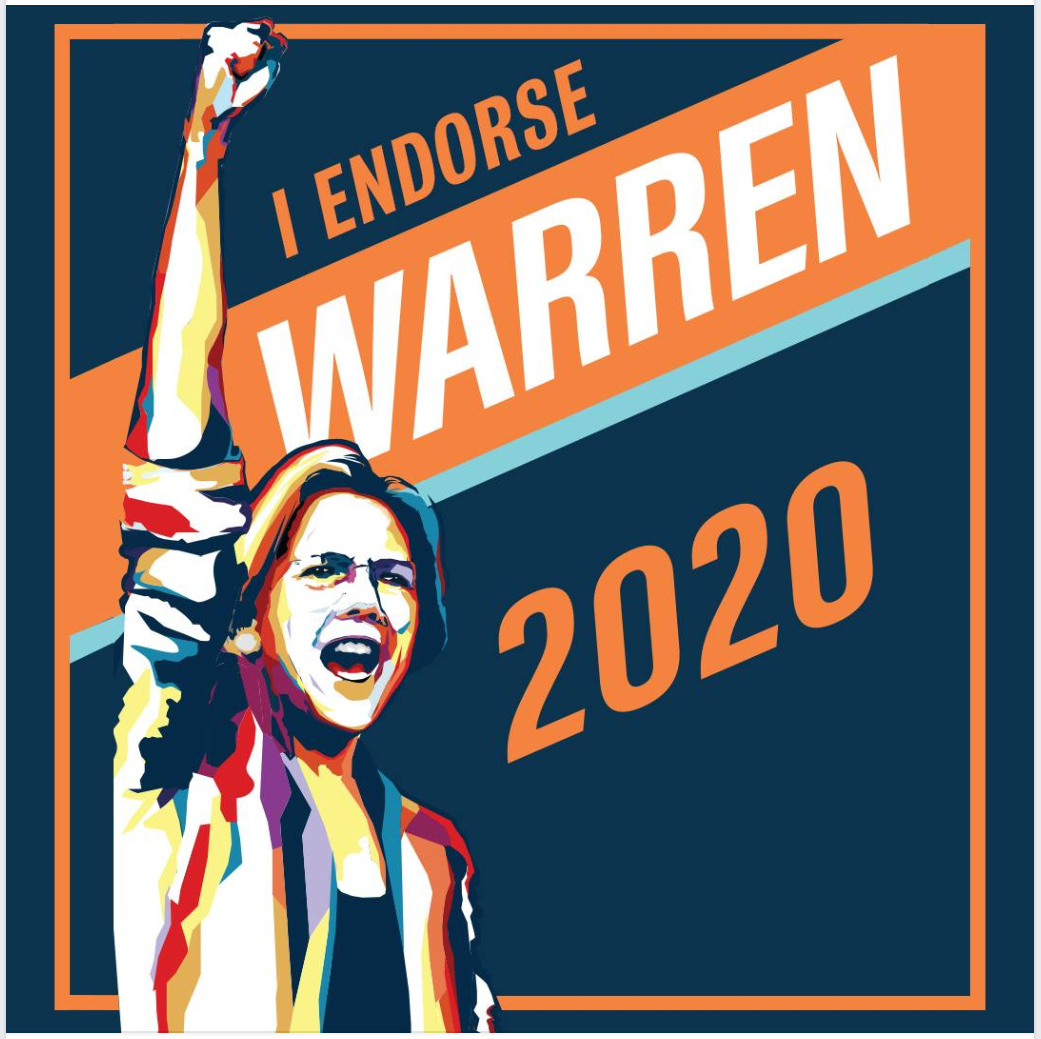 The pose is from Warren’s 2012 campaign for Ted Kennedy’s old seat. I look at this and wonder what Warren voters’ impression of fighting, of power, is. What would the Warren voter version of “Death to the fascist insect that preys upon the life of the people!” be? I’ve seen several women who advocate her in the 2020 US presidential event refer to her 2010 “My first choice is a strong consumer agency. My second choice is no agency at all and plenty of blood and teeth left on the floor.” How much blood and teeth on the floor have any of these people seen?

A little less than a year ago I had dinner with two delightful American women who were visiting Berlin. They were at that time fans of Amy Klobuchar. According to Wikipedia, Klobuchar’s Yale senior thesis was “Uncovering the Dome,[14] a 250-page history of the ten years of politics surrounding the building of the Hubert H. Humphrey Metrodome in Minneapolis.”

Last June a high school friend wrote to say he favored Buttigieg (who, after all, both spent seven months of 2014 with the US Navy in Afghanistan and is gay). I didn’t know what to say, and as a result said nothing.

I am glad to be out of that place.